Sometimes it's good to get out of your comfort zone, and try something new, while experiencing different cultures and making new friends in the process.
I have just returned from a ten day trip to Azerbaijan, as part of their annual art symposium 'From Waste to Art', Azerbaijan's capital city's 'recycling' innitiative, which helps to promote and develop the concept of recycling to a wider public.
On arrival, I was greeted by a somewhat surly spokeserson from the Company, whose job it was to look after us thirty artists, mostly travelled from overseas.
Baku is a chaotic, seemingly haphazard city.
Although hats off to the company, they did manage us artists with professionalism and care.
The first day we were taken on a trip to the recycling plant, where artists were given an opportunity to collect materials to use in their projects. Then we were taken to a large warehouse in the Qala settlement, just north of Baku.
Qala is situated within the oil fieds on the outskirts of the city, and on the drive over from Baku to Qala, one could smell the faint scent of oil in the air.
The scenery around Qala is desolate, industrial on a scale I have never seen.
However saying this, there were birds, the odd wildlife in the fields, but for the most part, no life at all, not even a blade of grass. 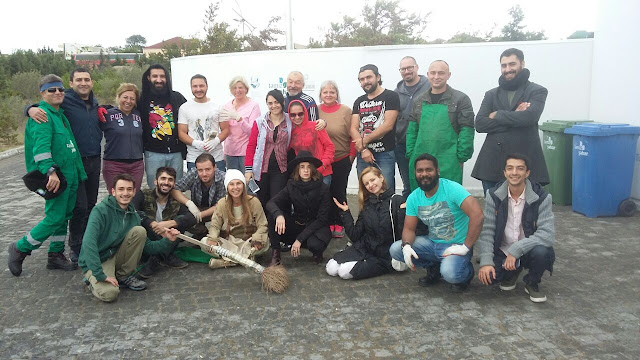 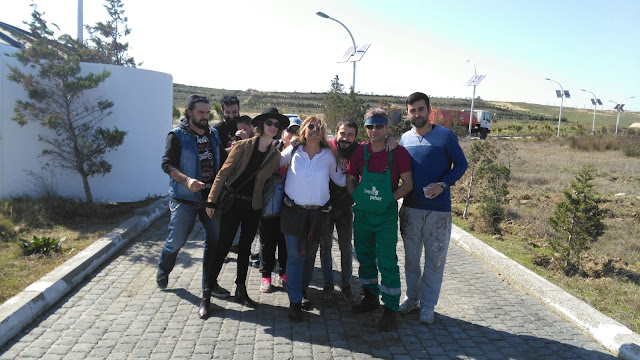 Lake of crude oil has seeped to ground's surface. 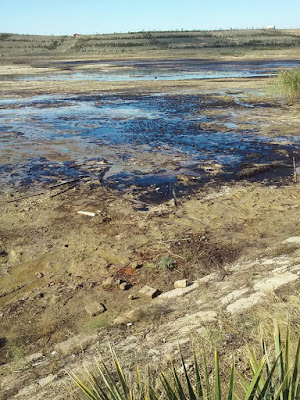 The local people I encountered in Qala where some of the kindest people I have had fortune to meet.
And spending ten days with artists from all over the world, Azerbaijan, The Soviet Union, Ukraine, India, USA, Jordan, Turkey, Serbia, Germany and the UK, we began to feel like a family unit, all in it together. 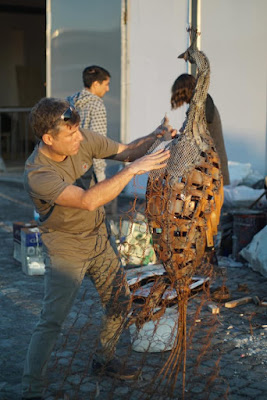 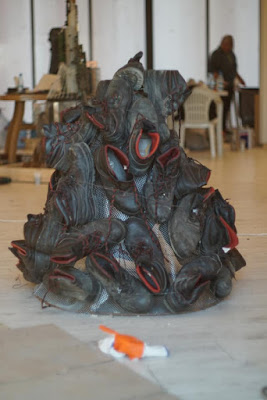 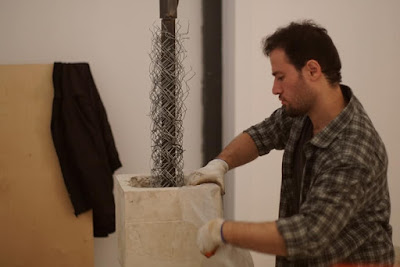 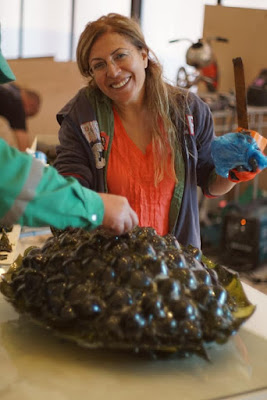 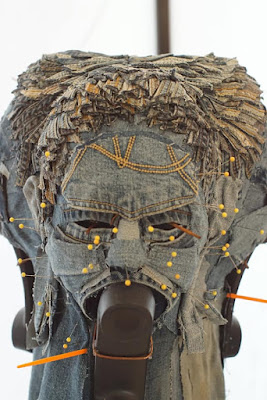 It is a credit to all of the artists that we all finished our artworks in the few days allocated to us, culminating in a group exhibition which was held at the Musuem in Qala on our last day there. 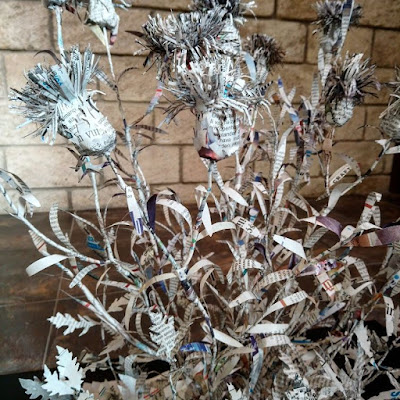 The works will be on permanent display at the 'From Waste to Art' Museum in Qala,
a museum dedicated to the project. 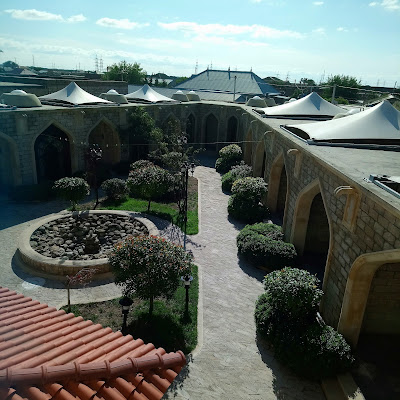 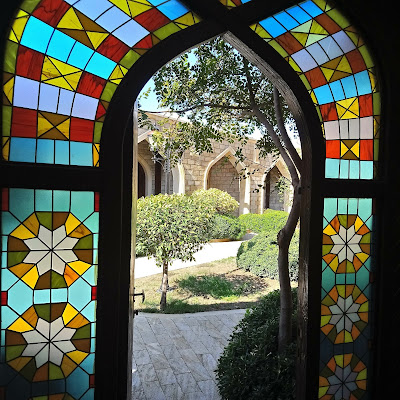 Azerbaijan is a country of contradicitons, and of extremes. Mixing uber modern architecture with ancient archeological stone carvings. Parts of it are extremely beautiful, and parts, the parts which they don't show you in the travel brochures are extremely ugly. 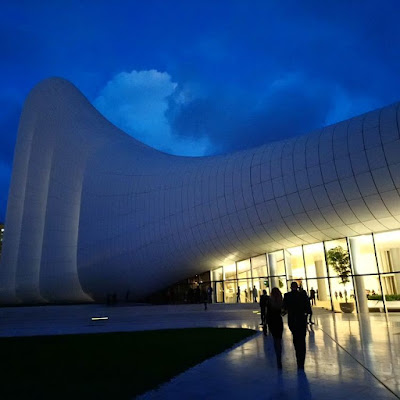 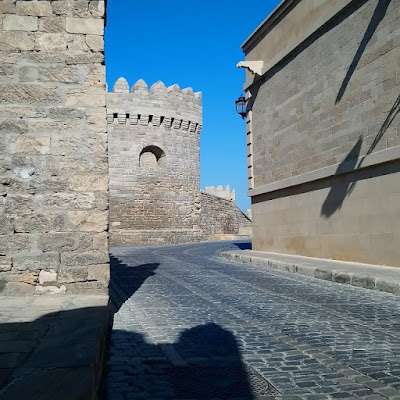 But I feel they are a nation wanting to learn, wanting to learn how to protect their country, and their enviroment, and with the will of the people, this is starting to happen with initiatives such as this project, and I hope it will continue to happen, sooner rather than later.
Posted by Su at 10:19